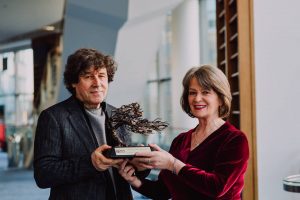 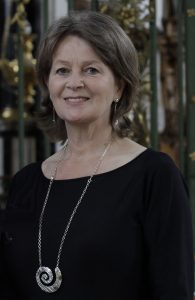 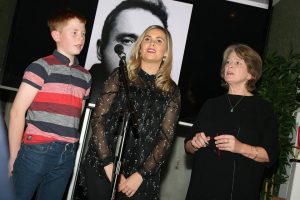 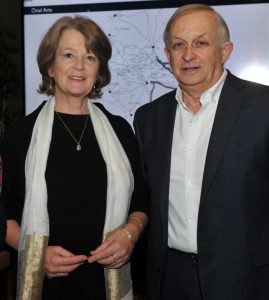 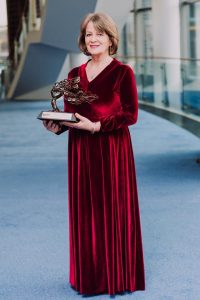 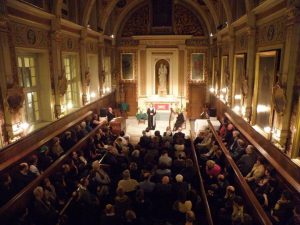 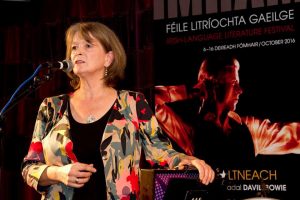 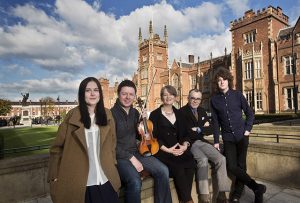 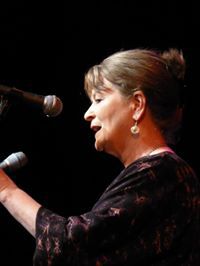 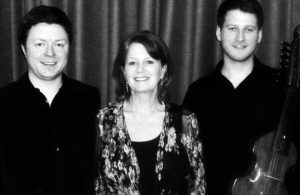 Pádraigín is the recipient of one of the major traditional awards in Ireland – the 2018 Gradam Ceoil TG4 for ‘Outstanding Contribution’ to Traditional Music as well as a recipient of major An Chomhairle Ealaíon/The Arts Council of Ireland awards and bursaries. Pádraigín was awarded Gradam Shean-Nós Cois Life in 2003 for her contribution to the Irish song tradition and was the first traditional musician to receive a Major Arts Award from the Arts Council of Northern Ireland.

As well as receiving TG4's Gradam Ceoil in 2018, that year also saw Pádraigín receiving a further four accolades including ‘Mná an Mhisnigh‘ (Women of Courage) Award, Bliain na Gaeilge 2018 from Craobh an Iúir de Chonradh na Gaeilge; a Cultural Achievement Award 2018 from GAA An Mullach Bán; a Civic Award 2018, from Newry, Mourne and Down District Council, for her contribution to local culture and the Creative Arts Award 2018 at Fiddler’s Green Festival in Rostrevor, Co. Down.

A former broadcaster and newsreader with RTÉ, she has researched and presented TV and radio programmes. She was awarded a PhD in 2008 from the University of Ulster.

As a singer, she has performed internationally and appeared in many documentaries on radio and TV.

She is the author of A Hidden Ulster – people, songs and traditions of Oriel (Four Courts Press, 2003), and the author/editor of Oriel Arts Project, a major digital project launched in 2017.

Singing has been the main focus of her professional career – recording 9 studio albums and restoring song in the corpus of the Irish language Oriel song tradition and also new song composition.

To date she has restored and recorded over 40 Oriel songs that had been lost to the tradition, and has recorded nine other studio albums of song.

She has recorded nine studio albums including traditional songs on An Dara Craiceann (1995), and a recent double album, Ceoltaí Oirialla (2017).

For young people her recordings include a double traditional song CD A Stór is A Stóirín (36 songs Gael Linn,1993), Let the Fairies In (Ceoltaí Éireann 2014) and also An Irish Lullaby (Shanachie, US 2000). These albums include many new compositions.

Original compositions in Irish are CD Áilleacht (Gael Linn 2005), and a collaborative work with poets, Ciaran Carson and Seamus Heaney on Songs of the Scribe (Ceoltaí Éireann, 2011) which is a collection of Irish medieval monastic bilingual verses set to music, with harp accompaniment from Helen Davies, and released in Ireland.

In 2020, Pádraigín released ‘Beannú’, the first composition in an upcoming body of work on the Irish keening tradition.

Her interest in devotional and spiritual song has seen the composition of sacred music in the traditional style, and various devotional songs recorded on the Fonn Ceoil album.

She has studied chant, dhrupad and vocal work with Dr. Ritwick Sanyal from Benares in India, with Silvia Nakkach in Auroville in India, and with Jill Purce in London and her new work in progress is composition for sacred song and chant from ancient Gaelic sources.

Research on Breifne song, harp songs and songs of Oriel poets is ongoing.