Skip to content
Home » Oriel and ‘A Hidden Ulster’
FacebookTwitterYoutubeRssEmail

Pádraigín Ní Uallacháin has restored, renewed and recorded over 40 songs in Irish, from the Oriel song tradition, songs which has been buried in manuscript and archives. They are now sung by many other traditional singers, and performed at the annual Oireachtas na Gaeilge Arts Festival.

Oriel singers now feature among the award winners of sean-nós singing at this festival.

27 of these songs can be heard now on this double CD by her which was released in 2017. Read more about the album or order it directly here. 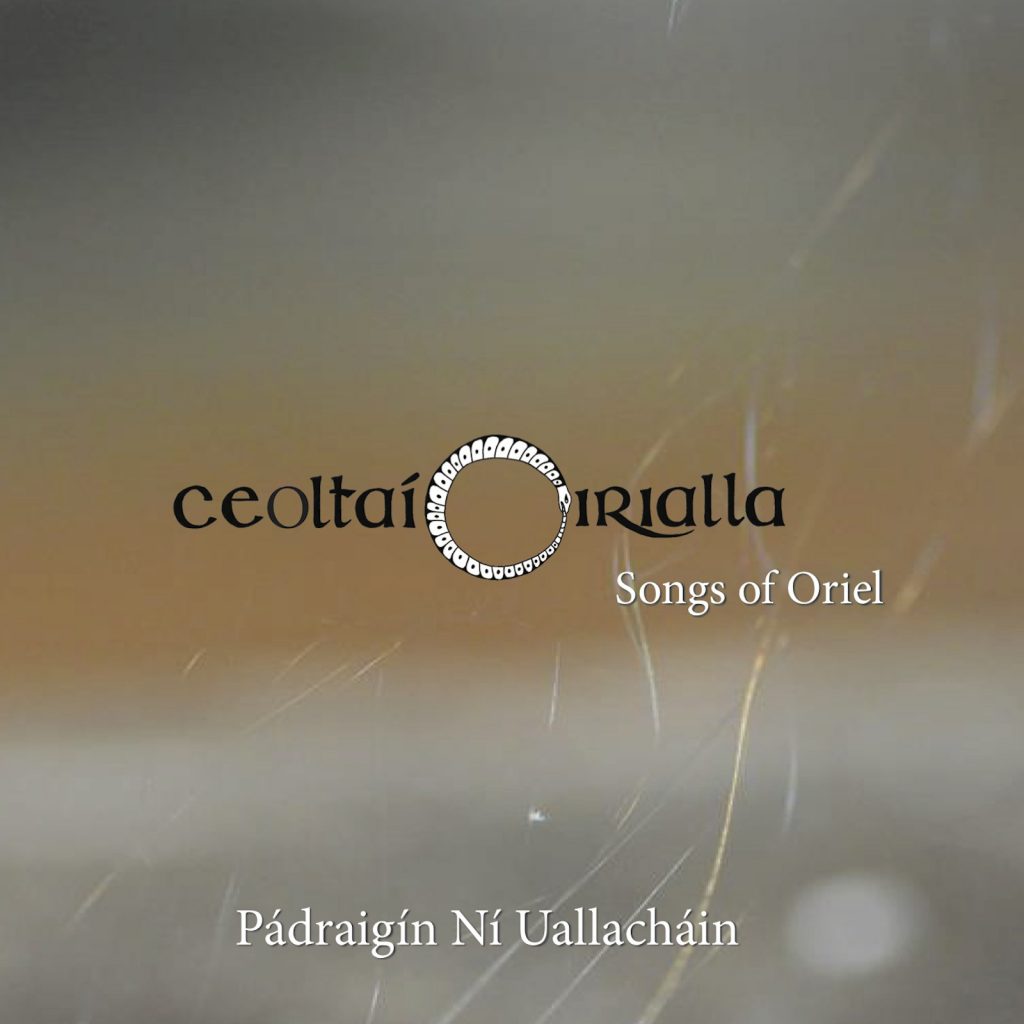 In October 2017 an innovative website of Oriel song and instrumental music was created and launched by Pádraigín Ní Uallacháin. It was funded by An Chomhairle Ealaíona/The Arts Council and researched and edited by her.

It has over 150 pages of music and information, 40 videos, lyrics, translations manuscripts and images based on her 2004 publication, A Hidden Ulster - people, songs and traditions of Oriel.

It has been received with tremendous enthusiasm and acclamation in both national and local media. Find our more by visiting OrielArts.com.

A Hidden Ulster - People, songs and traditions of Oriel

Published by Four Courts Press, Dublin 2003, A Hidden Ulster was shortlisted for the 2005 Michaelis-Jena Ratcliff Prize in Folklore and Folklife.

This book is the first major study of the song-tradition of Oriel, a region which straddles the borders of southeast Ulster and north Leinster and which was the centre of literature in Leath Choinn, the northern half of Ireland from the end of the 17th century to the middle of the 19th century.

It is an account, despite the loss of the Irish language as the common vernacular within living memory, of the survival of an ancient Gaelic song-tradition, which the author herself has inherited and which had absorbed the literary works of the poets and harpers of southeast Ulster. She brings together the disparate work of many early 20th-century collectors, of varied religious backgrounds, and recreates what was once a vibrant and vital song tradition.

Written in English, A Hidden Ulster includes the texts of 54 songs in Irish, with translations and their respective airs; richly illustrated with photographs, maps, and music notation, the catalogue section also includes facsimiles of recently located dance-music manuscripts.

Praise for ‘A Hidden Ulster’ Expand

Praise for A Hidden Ulster

A momentous publication … a treasure trove of words, a cultural and social history … a work of phenomenal concentration, great tenderness and bighearted loyalty. Proud and heartbroaken, it is an heroic attempt to remember.
Michael Longley, Fortnight Magazine

A huge and beautiful work
Angela Bourke, Books of the Year, Irish Times

This work is an extraordinarily valuable addition to the literature of Irish traditional music. It instantly joins the list of exceptional works that should be in the library of any lover of Irish song and music.
Terry Moylan, An Píobaire

Anyone with interest in Irish song must mow look to A Hidden Ulster for the definitive account of that tradition.
Paul Muldoon, Books of the Year, Times Literary Supplement

...this big generous book is exceptional value... Not only will it rapidly take its place among the great works on Irish song written within the last century, I am convinced its importance will be undiminished at the end of this, twenty-first, century.
Tom Munnelly, Journal of Music

...an invaluable resource for singers... [the author] successfully combines the rigour and detachment of the professional researcher with the experience and passion of the engaged practitioner.
Máirín Nic Eoin, Field Day Review

A Hidden Ulster is a monumental and magificient repository of the rich cultural legacy of her people. In its 540 pages of lovingly collated material linked by the author’s enthusiastic narrative, a world of music, poetry and the people who wrote, sang and recited them comes alive once more … If Pádraigín Ní Uallacháin has ploughed a lonely furrow and dug deep into the cultural psyche of her people, she has produced a rich harvest that should be treasured by us all.
Darrach MacDonald, Donegal News 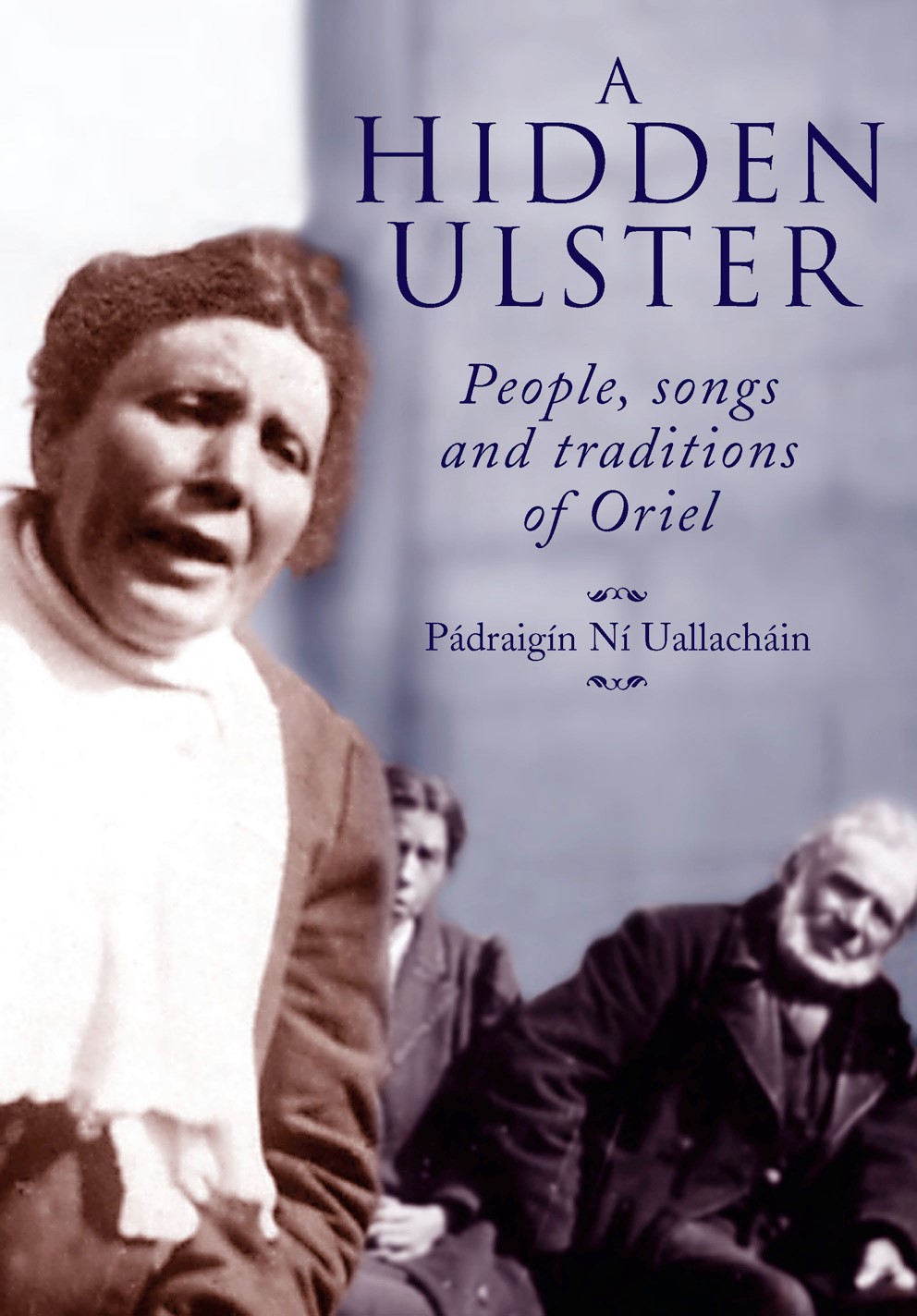