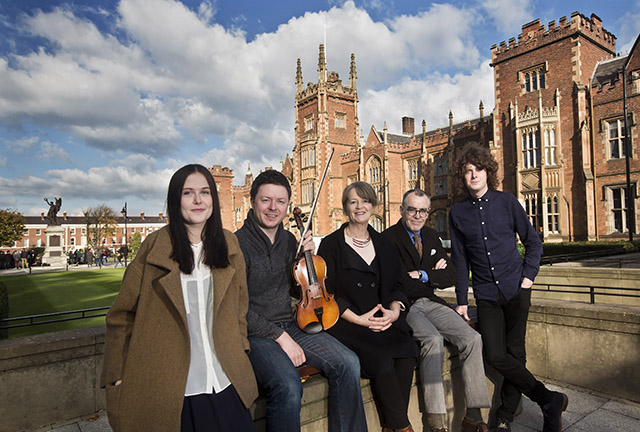 Celebrated Belfast poet and novelist Ciaran Carson, with emerging poets Stephen Connolly and Sophie Collins, are in Leuven and Brussels this month as part of the Arts Council of Northern Ireland’s Brussels Platform.

The poets will headline a Seamus Heaney commemoration event at the Irish College in Leuven on Thursday 24th October.  Hosted by the Leuven Institute for Ireland in Europe, Ciaran, Sophie and Stephen will read a selection of the late great poet’s work alongside their own and will be joined by musicians Dr. Pádraigín Ní Uallacháin, Dónal O’Connor and Deirdre Shannon in an evening of live traditional music, song and poetry to celebrate the life and work of the much-missed Nobel Prize winner.

The following day, Friday 25th October, will see Ciaran, Stephen and Sophie share extracts from their poetry at the Northern Ireland Executive Office in Brussels in front of an audience that will include MEPs and EU representatives.

The poetic trio are the latest artists to enjoy the collaboration between the Arts Council of Northern Ireland and the Northern Ireland Executive Office in Brussels which involves local musicians, writers, dancers, theatre practitioners and visual artists performing at a series of events at the Office in the city of the European Parliament.

← Heaney and Songs of the Scribe: On Home Ground FestivalOriel Arts website →